In the crowded zombie fiction landscape M.R. Carey’s “The Girl With All the Gifts” is a breath of fresh air. M.R. Carey’s novel is tackling the common zombie apocalypse theme, but it does so in an original, intelligent and gripping manner, one that made me fall in love with “The Girl With All the Gifts”. Starting from yesterday in the USA and tomorrow in the UK “The Boy on the Bridge” is available, a sequel or prequel of sorts, depending on our own point of view. Or to be more exact we can refer to M.R. Carey’s article on B&N Sci-Fi & Fantasy blog where he talks about his latest novel: “I just wrote a novel, The Boy On the Bridge, that’s very much in the same continuity as another novel that I wrote. It’s set 10 years before that other novel, The Girl With All the Gifts, but it’s not a prequel. Not really. For one thing it’s not about the same people. It’s a new story with a new cast, but in the same world and against the same wider backdrop.” (You can read the entire article here).

To celebrate the release of “The Boy on the Bridge” here is a trailer for the novel and the synopsis of it. True, both don’t reveal too much, but it is enough for M.R. Carey’s new novel to become even more intriguing than it already was for me. 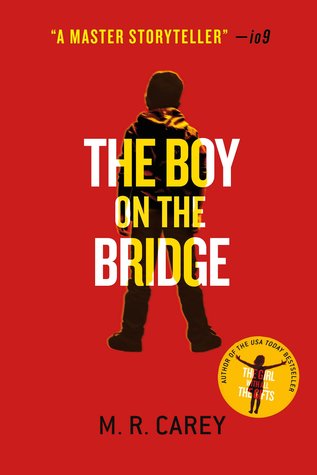 Once upon a time, in a land blighted by terror, there was a very clever boy.

The people thought the boy could save them, so they opened their gates and sent him out into the world.

To where the monsters lived.