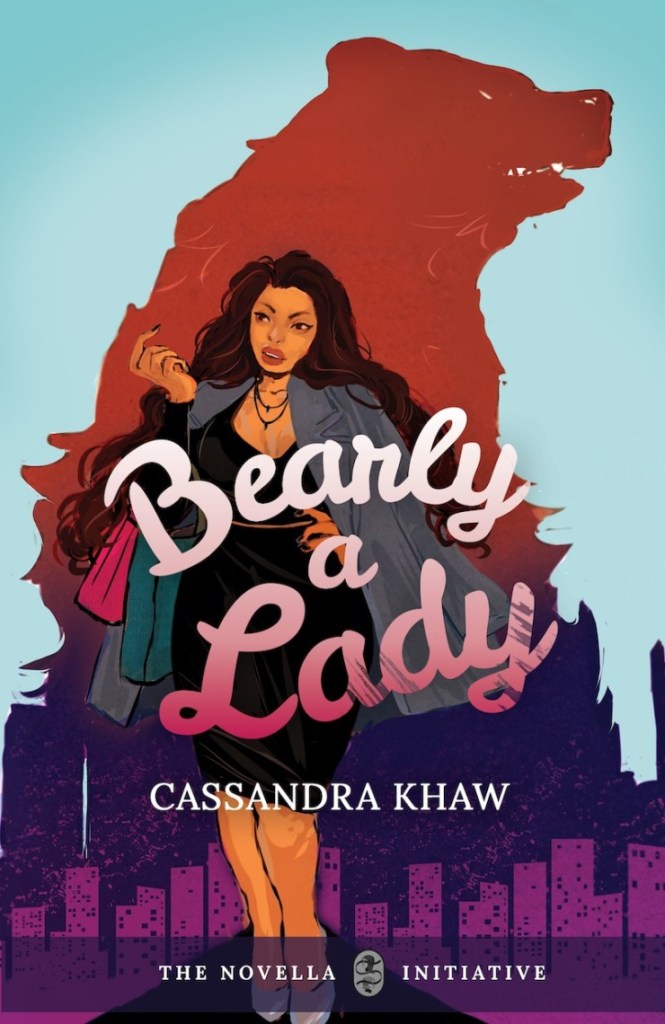 Cassandra Khaw is one of the most exciting emerging talents of speculative fiction. And she has plenty of published works to prove this statement, short stories like “In the Rustle of Pages” (Shimmer 25), “The Games That We Play” (Clockwork Phoenix 5), “Breathe” (Clarkesworld 116) or “And in Our Daughters We Find a Voice” (The Dark Magazine, November 2016), just to name a few that caught my eye, and the novellas “Hammers on Bone” (Tor.com Publishing) and “Food of the Gods” (Abaddon Books), collecting the two Rupert Wong adventures “Rupert Wong, Cannibal Chef” and “Rupert Wong and the End of the Earth”, make a strong testimony of Cassandra Khaw’s talent. For a fan of her writing, as I have become with each new work I read, there is nothing more delightful than the prospect of submerging in more such stories. The news could not be better in this case, Cassandra Khaw will publish three more of her tales this summer, “A Song for Quiet” in August, a story that sees a return to the world of “Hammers on Bone”, “These Deathless Bones”, a novella due to be released in July on Tor.com, and “Bearly a Lady”, also in July from Book Smugglers Publishing. The Book Smugglers took a brave step from blogging into publishing and so far their efforts have been admirable and commending. Their valiant attempt of publishing original and bright voices of speculative fiction will include Cassandra Khaw’s too. “Bearly a Lady” is a rom-com urban fantasy that is also “the first foray of the author into lighter, fluffier fair”. Now, not so long ago there was nothing that could send me rushing in the opposite direction than hearing rom-com. If I am completely honest it still does, but now and again I fight the urge of running away from it because dismissing it entirely will not help me enrich my reading, or viewing, experience. And since “Bearly a Lady” is in the hands of Cassandra Khaw I have a small measure of guarantee that I won’t be disappointed by venturing in this genre again. The novella will be available starting from July 18th.

Zelda McCartney (almost) has it all: a badass superhero name, an awesome vampire roommate, and her dream job at a glossy fashion magazine (plus the clothes to prove it).

The only issue in Zelda’s almost-perfect life? The uncontrollable need to transform into a werebear once a month.

Just when Zelda thinks things are finally turning around and she lands a hot date with Jake, her high school crush and alpha werewolf of Kensington, life gets complicated. Zelda receives an unusual work assignment from her fashionable boss: play bodyguard for devilishly charming fae nobleman Benedict (incidentally, her boss’s nephew) for two weeks. Will Zelda be able to resist his charms long enough to get together with Jake? And will she want to?

Because true love might have been waiting around the corner the whole time in the form of Janine, Zelda’s long-time crush and colleague.

What’s a werebear to do?

In the crowded zombie fiction landscape M.R. Carey’s “The Girl With All the Gifts” is a breath of fresh air. M.R. Carey’s novel is tackling the common zombie apocalypse theme, but it does so in an original, intelligent and gripping manner, one that made me fall in love with “The Girl With All the Gifts”. Starting from yesterday in the USA and tomorrow in the UK “The Boy on the Bridge” is available, a sequel or prequel of sorts, depending on our own point of view. Or to be more exact we can refer to M.R. Carey’s article on B&N Sci-Fi & Fantasy blog where he talks about his latest novel: “I just wrote a novel, The Boy On the Bridge, that’s very much in the same continuity as another novel that I wrote. It’s set 10 years before that other novel, The Girl With All the Gifts, but it’s not a prequel. Not really. For one thing it’s not about the same people. It’s a new story with a new cast, but in the same world and against the same wider backdrop.” (You can read the entire article here).

To celebrate the release of “The Boy on the Bridge” here is a trailer for the novel and the synopsis of it. True, both don’t reveal too much, but it is enough for M.R. Carey’s new novel to become even more intriguing than it already was for me.

Once upon a time, in a land blighted by terror, there was a very clever boy.

The people thought the boy could save them, so they opened their gates and sent him out into the world.

To where the monsters lived. 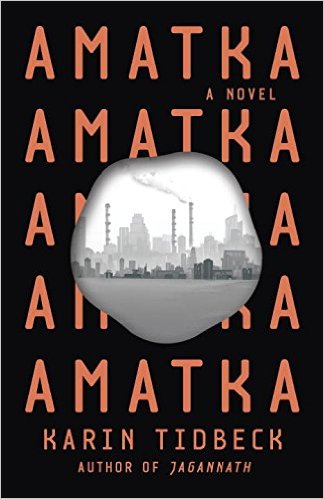 Back in 2012 Karin Tidbeck made her English debut with the short story collection, “Jagganath”, published by Cheeky Frawg Books. Spinning Scandinavian folklore and mythology, spanning over a plentitude of speculative fiction sub-genres, but leaning more towards weird fiction, “Jagganath” received its share of recognition, the collection won the Crawford Award, was nominated for the World Fantasy Award and appeared on the honor list of the Tiptree Award, while one of the stories, “Augusta Prima”, won the Science Fiction and Fantasy Translation Award. Since then Karin Tidbeck’s fiction has appeared on venues such as Tor.com, Shadows & Tall Trees, Uncanny Magazine or Lightspeed Magazine and in anthologies such as “The Starlit Wood”, “Fearsome Magics” or “The Starry Wisdom Library”, but this year sees the publication of Karin Tidbeck’s debut novel, “Amatka”. The English version of “Amatka”, originally published in Swedish in 2012, is due to be released on June 27th by Vintage Books and considering the already mentioned short story collection and the synopsis of the novel I am very curious to see what “Amatka” holds in store. I mean, a wintry location always fascinates me (I love winter, although I am not sure I would like it so much if I lived in a place where this season rules most of the year) and a story involving language, which apparently can’t be taken for granted here, artistic creation, an investigation and what looks like a totalitarian regime are elements that intrigue me greatly.

A surreal debut novel set in a world shaped by language in the tradition of Margaret Atwood and Ursula K. Le Guin.

Vanja, an information assistant, is sent from her home city of Essre to the austere, wintry colony of Amatka with an assignment to collect intelligence for the government. Immediately she feels that something strange is going on: people act oddly in Amatka, and citizens are monitored for signs of subversion.

Intending to stay just a short while, Vanja falls in love with her housemate, Nina, and prolongs her visit. But when she stumbles on evidence of a growing threat to the colony, and a cover-up by its administration, she embarks on an investigation that puts her at tremendous risk.

In Karin Tidbeck’s world, everyone is suspect, no one is safe, and nothing—not even language, nor the very fabric of reality—can be taken for granted. Amatka is a beguiling and wholly original novel about freedom, love, and artistic creation by a captivating new voice.